This just in! Peyton won a Black Keys poster competition! The client was The Black Keys.  The details are best expressed in list form.

1. The Black Keys are an American blues-rock music duo consisting of vocalist/guitarist Dan Auerbach and drummer/producer Patrick Carney. The band was formed in Akron, Ohio, in 2001. As of October 2010, the band has sold over 1.7 million records.

2. The design was for a commemorative poster for the Black Keys upcoming performance at the 2011 Hangout Music Festival in Gulfshores, Alabama. It was selected by the band out of 330 entries and will be sold during the festival. In addition to the poster the design will be featured on an I-phone 4 case to be sold exclusively at the festival.

3. The music of the Black Keys and seaside locale of the festival all served as inspiration for the retro vibe of the poster which is also based on comics from the late 60’s and early 70’s. 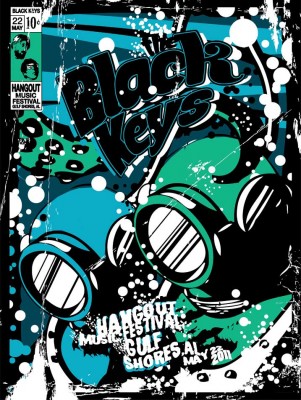 In addition to a little cash money, Peyton was awarded 2 tickets to the music festival, an iPhone case with his design on it, and five 18×24 screen printed posters of the design.

Adobe Capture: An App We Love 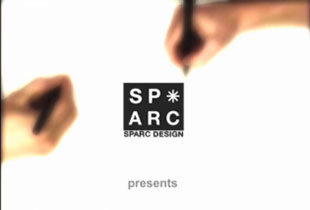