This is a design competition proposal to re-program and re-purpose the lower level of the Detroit Superior Bridge in Cleveland, Ohio. Once used by streetcars, the lower level holds potential to be an incredible public space.

The existing Lower Level of the Detroit Superior Bridge can have a huge impact on the city of Cleveland, and more importantly, the people of Cleveland. This design proposes to generate safe, lively pedestrian and bicycle paths along the Lower Level of the Detroit Superior Bridge.  These paths have been purposefully interrupted with program to encourage interaction, activity & enjoyment.  Along these paths and at program points, the measure of people will be tracked and represented in real time with reactive illumination & digital displays.  Residents of Cleveland can take pride in their bridge because their presence is literally incorporated into the visual appearance of the Lower Level.

The goal of this project is to provide smart, safe pedestrian and bicycle paths that encourage typical isolated commuters to reconsider their daily routine. In addition to the designed connection between downtown and western neighborhoods, this proposal includes site specific program, including Bike Rental, The Low-Line Café and Bar, the Detroit Superior Auditorium, general seating space and Bridge Cubes, to transform the bridge from path to destination. 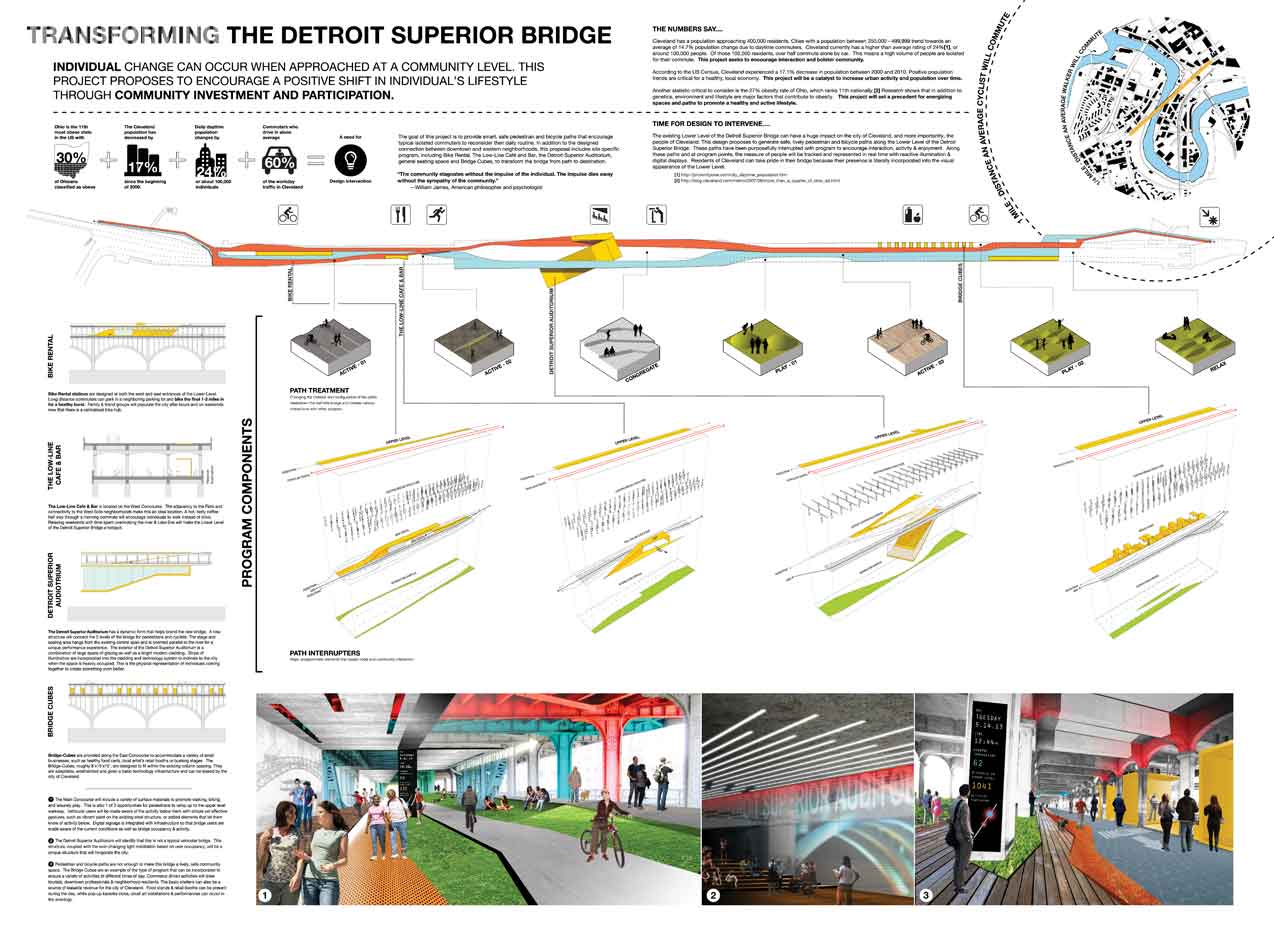 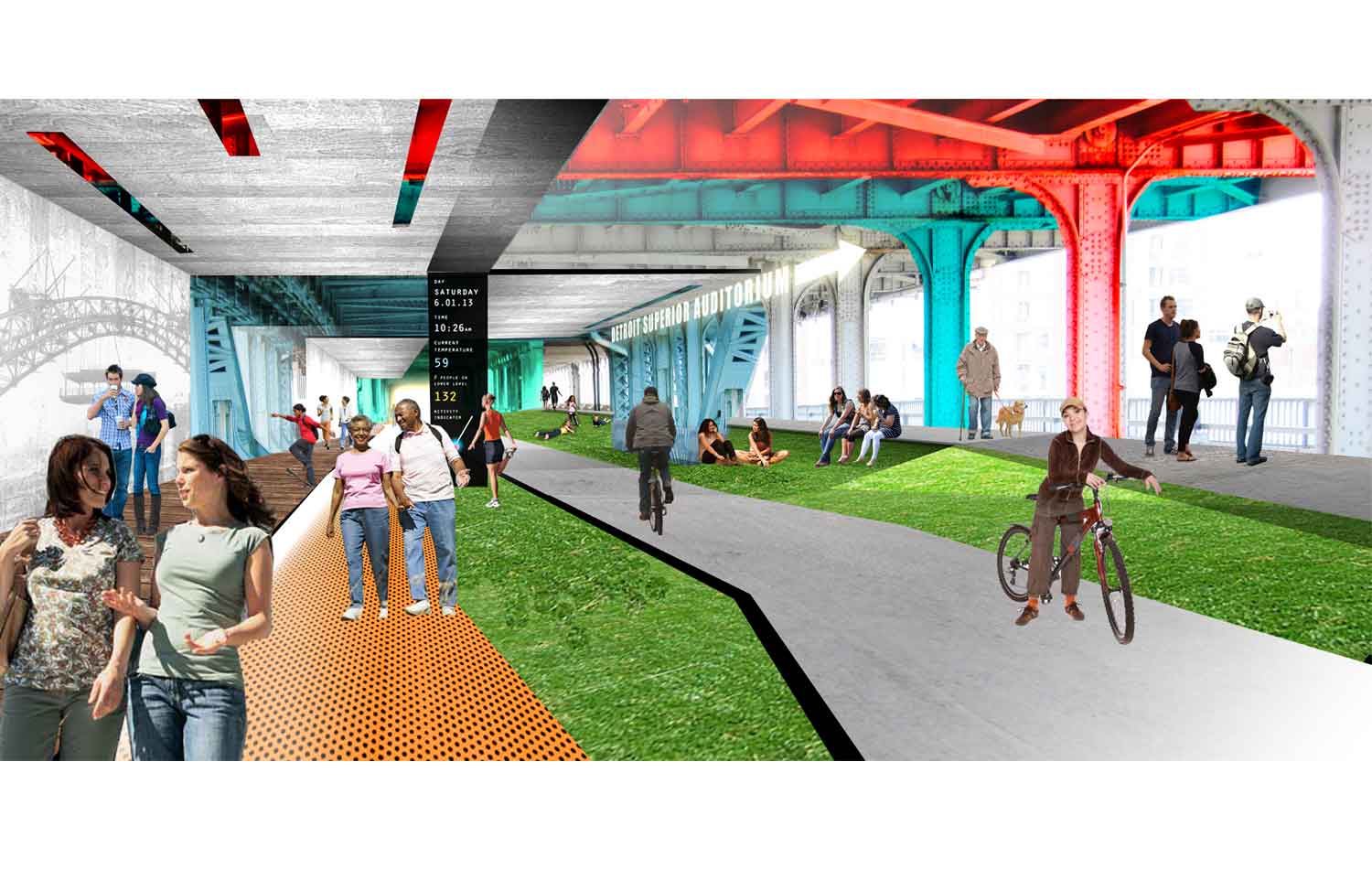 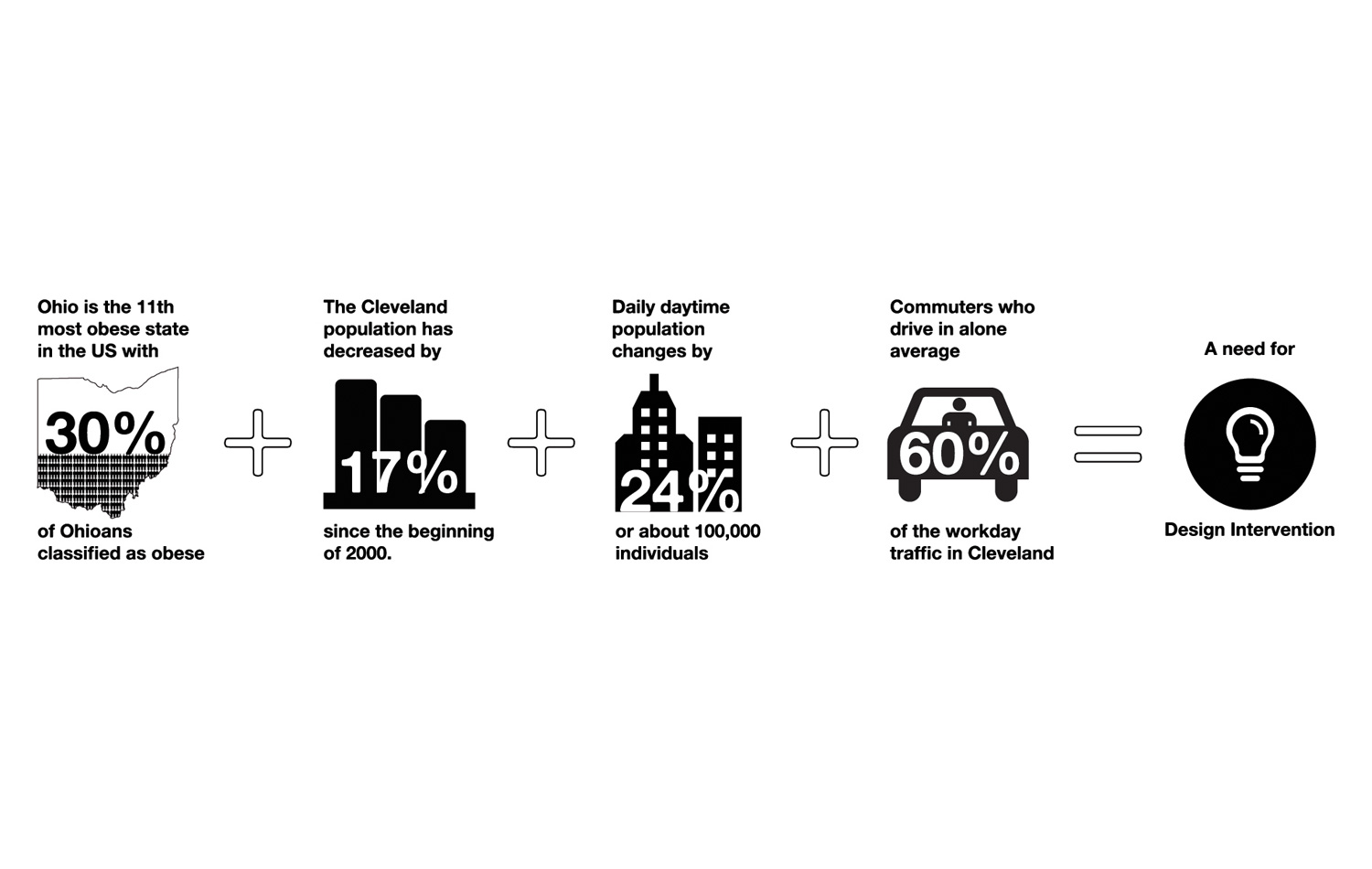 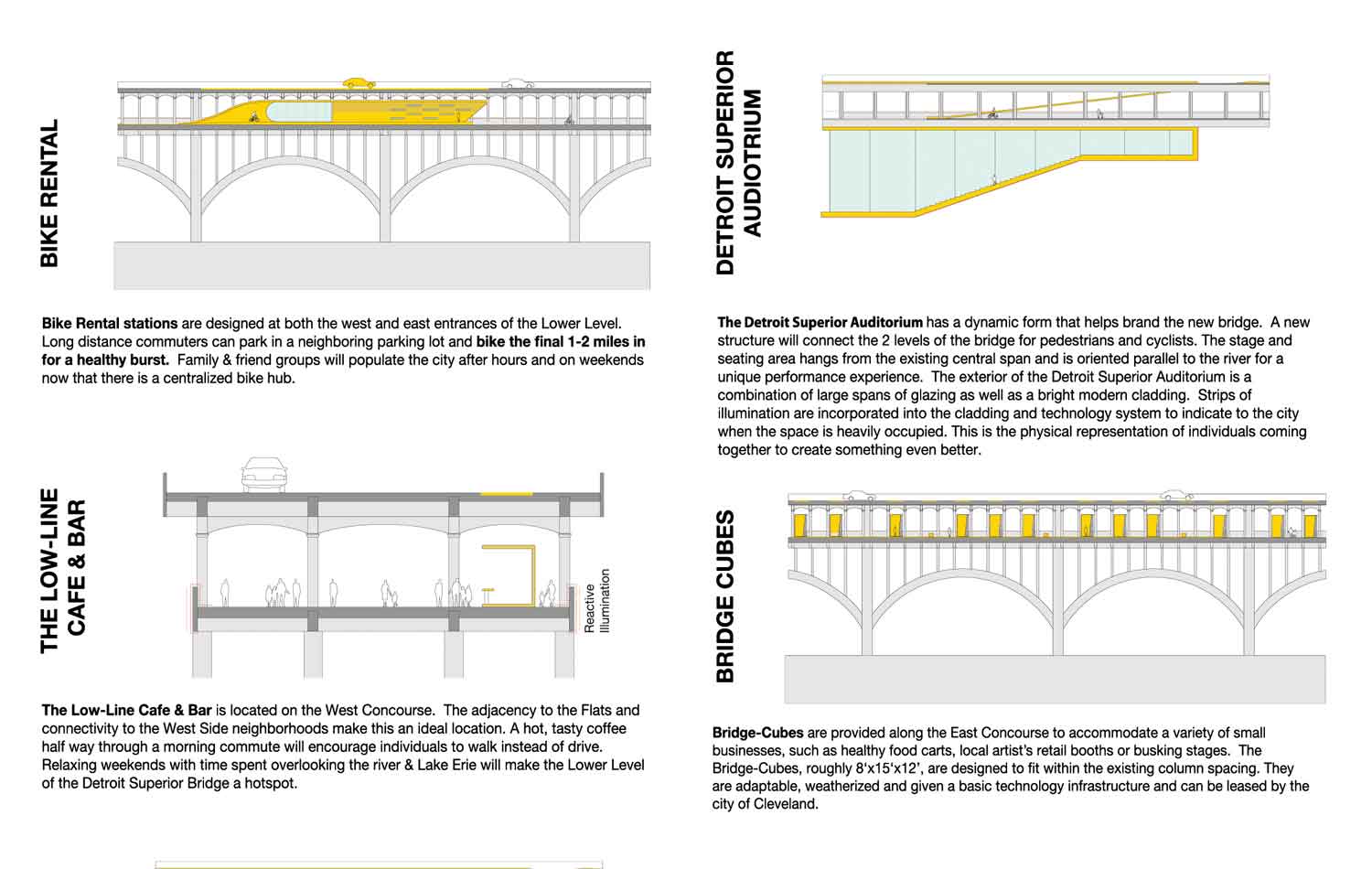 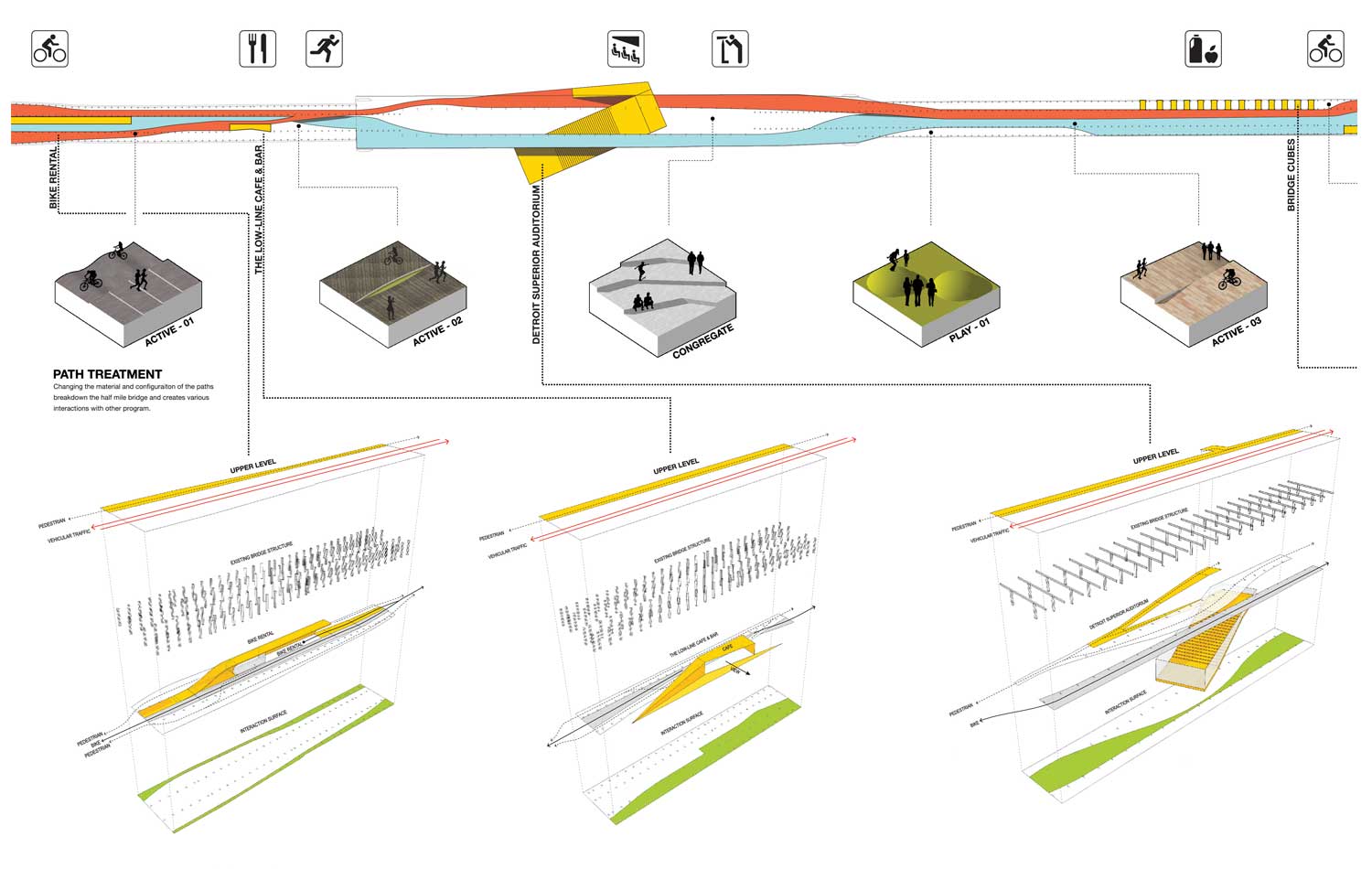 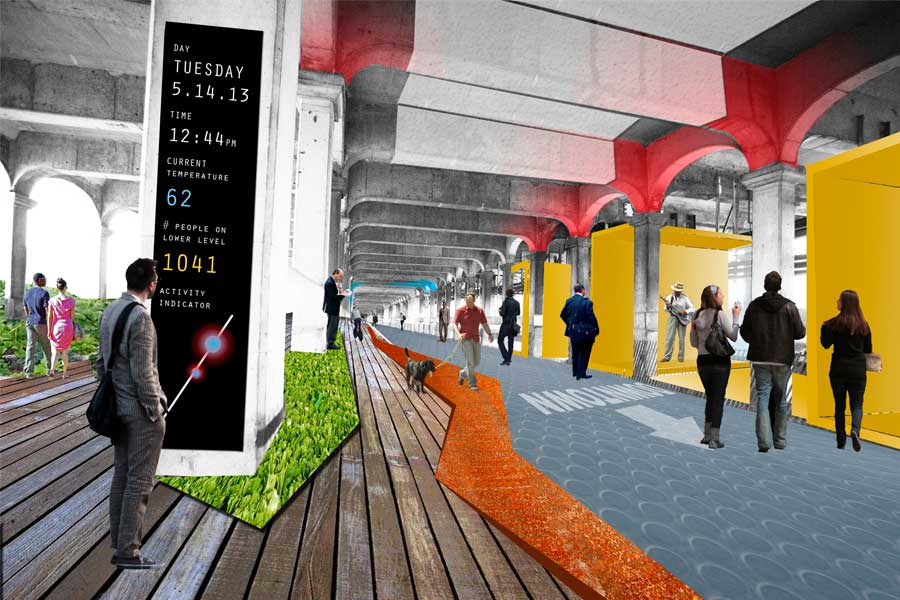 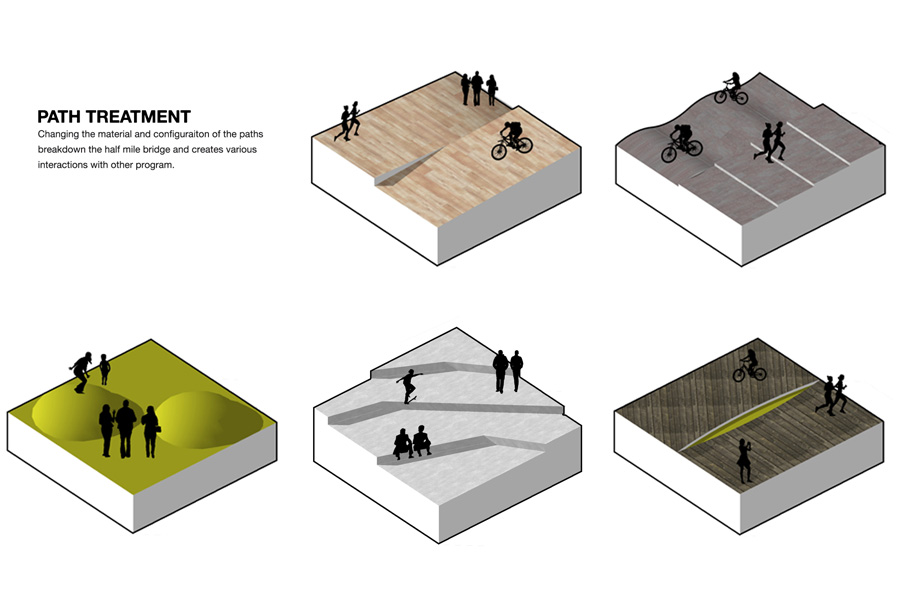 PREVIOUS PROJECT ALL PROJECTS NEXT PROJECT